The following performances explore the disruptions generated by Marrón bodies in a white-European, Spanish-speaking space: a university museum. The Marrón bodies inside the room intervene in the world of art. They emphasise that structural racism is expressed as cultural and educational policy and materialised in the aesthetic sense that guides the "distribution of the sensible”. It is fundamentally a structure of the sensible, admiration and appreciation, a structure tensed by Marrón bodies. 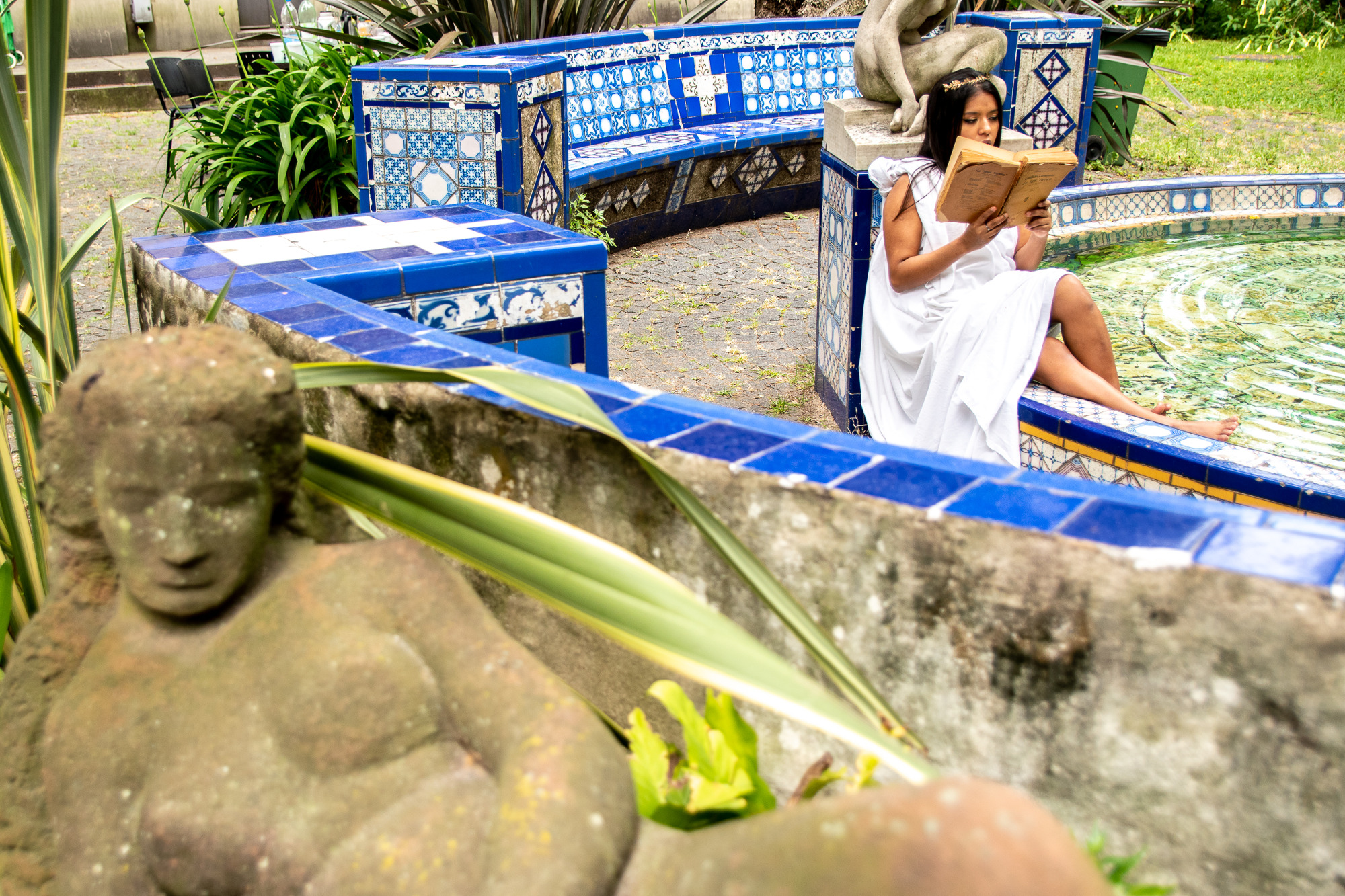 In these videos, we recreate and extend two of the performances written by David Gudiño and performed by him and Daniela Ruiz. For the videos, a new play written by Alejandro Mamani and performed by Rebe Lopez was added, in which a question is presented as a continuation of the performances: The seeds? Who are the children of the inhabitants of the American continent? Where are they? What do they do? How do they walk and work? And especially, how did they survive? Where did those seeds germinate? 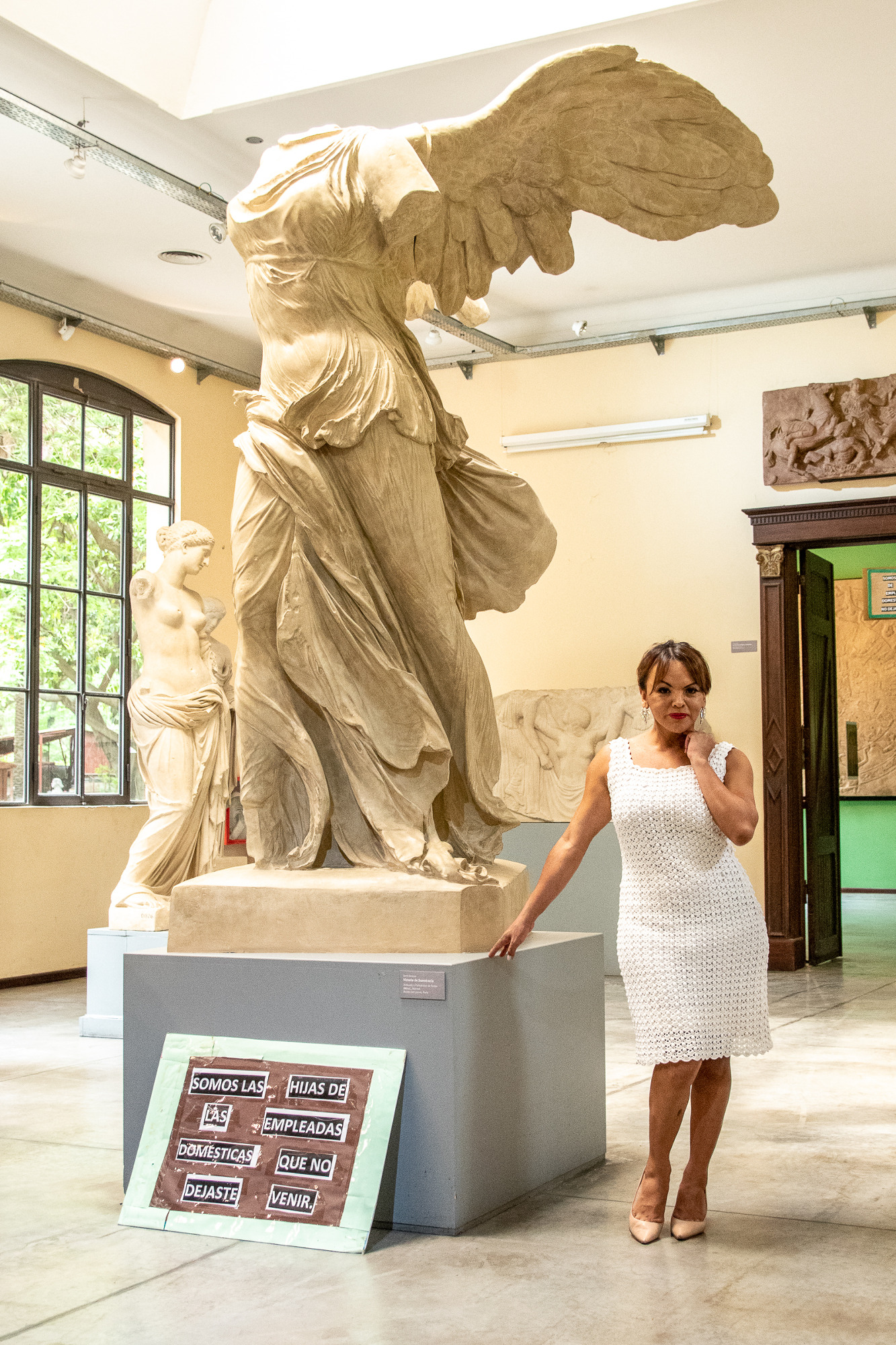 Image of Daniela Ruiz during the shooting of La reina no querida (The Unwanted Queen). The sign reads: We are the daughters of your maids, whom you never let come to the Museum.

The disruptions generated by these three performances are not analogous. They are a direct critique of Western artistic heritage. The first, La reina no querida, by David Angel Gudiño, was performed by Daniela Ruiz. It critiques the prevailing colonialism of white European, Latin American, and Argentine art. The second, Marrón, written and performed by David Gudiño, reflects the current violence against Marrón bodies. The last scene, Racismo en español (Racism in Spanish), challenges white notions of beauty, the limits of middle-class performative anti-racism, and the discomfort generated by a Marrón person who has the same cultural capital as Argentine white intellectuals. 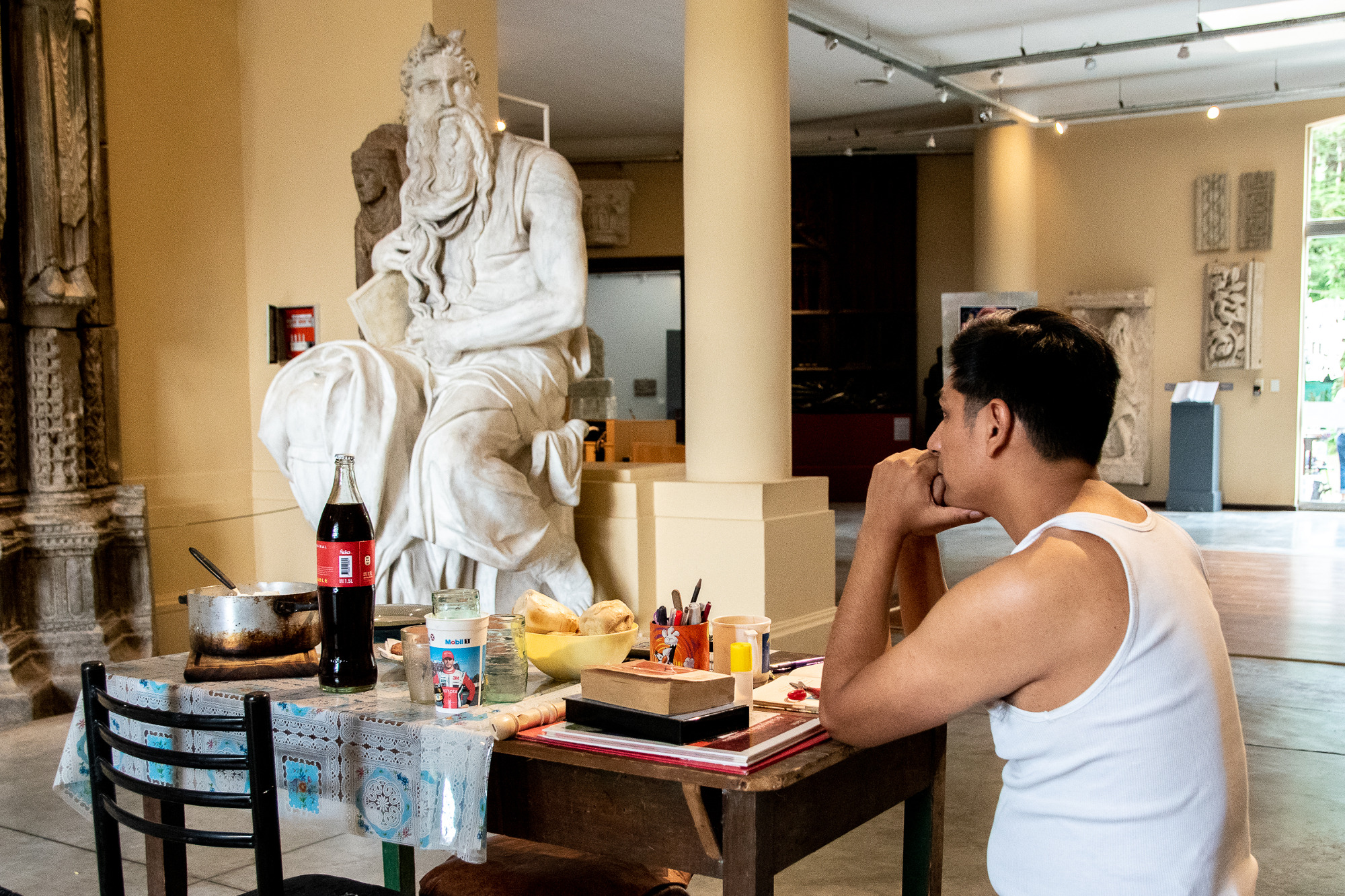 Image of David Angel Gudiño during the shooting of Marrón. Gudiño starts his monologue inside an art intervention by Ñieko Leguizamon in the central room of the Museum, surrounded by original copies of Michelangelo’s sculptures.

The scenes are a dispute against being “copies”. We are political, thinking, desirable and, above all, contentious and playful subjects. We personify white people’s frustration of thinking of the Argentine nation as a defective copy or a poorly made clone of Europe. It is important to note that all the actors Euge, Daniela, David, and Rebe have experienced racism in auditioning for roles in theatre and television.

Link to a glossary of terms that appear in the video