The Mapuche Theatre Group "El Katango" emerged in 2002, in the Patagonian city of Bariloche, as part of a trajectory of activism that aimed to question stereotypes about indigenous people produced by the state and the Mapuche movement itself. Katango is the name of a traditional ox- or horse-pulled cart commonly used by Mapuche families in rural areas to get around. 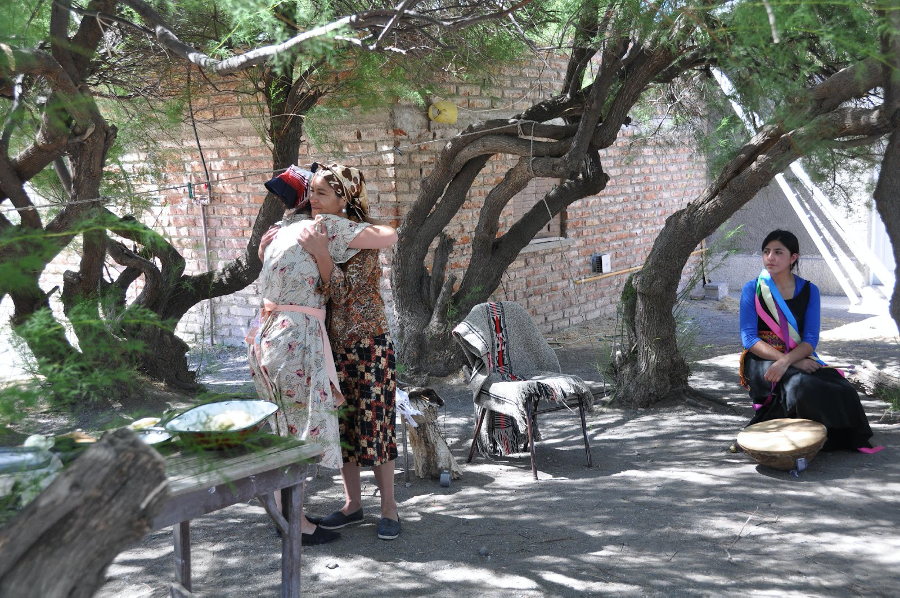 El Katango presenting the play Pewma in a rural community.

The name was chosen as a metaphor for how Mapuche moves around as a survival strategy. The network sought to make visible the urban presence of the Mapuche and raise awareness about the complex web of relationships that are established in the present and the diverse ways of being and expressing that identity. To dismantle an image of Mapucheness that excluded a large percentage of the Mapuche population, they decided to use theatre, communication, and academic research. 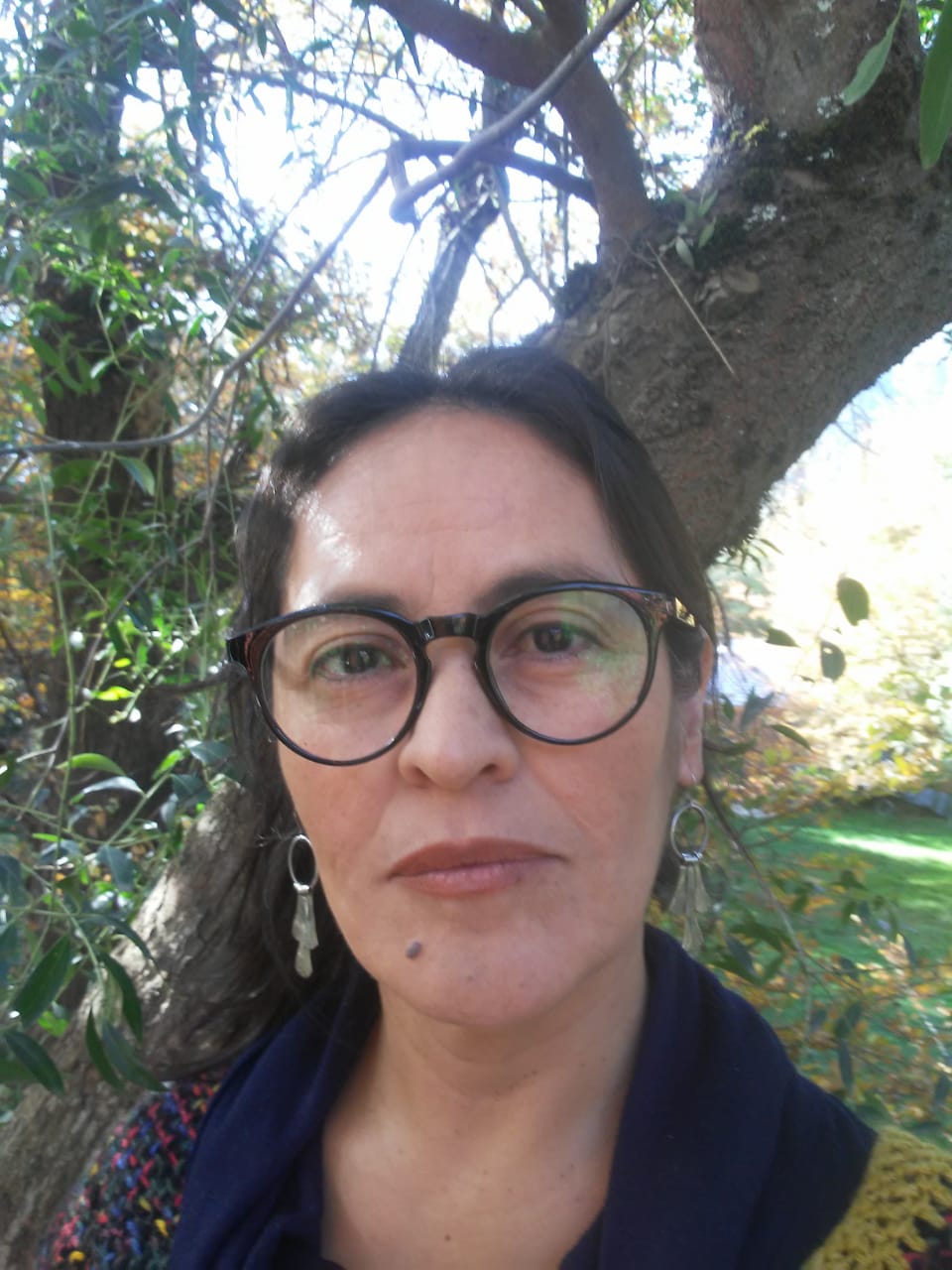 El Katango's work builds a poetic language by investigating gestural repertoires. It works from Mapuche people’s images and memories of forced displacement and family and community ties rupture. The dramaturgical work explores a vast repertoire of narratives, oral memory (including the actress and their families), and archival work. Using these methodologies, the group sought to mobilise the large percentage of the Mapuche population that was marginalised from the discourse and political action of Mapuche organisations at the beginning of the 21st century.

In more than ten years of work, El Katango has staged the works Kay kay egv xeg xeg (2002), a rereading of a story of Mapuche origin, Tayiñ kuify kvpan - Our Ancestral Ascendency- (2004) and Pewma - Dreams (2006), all based on collective playwriting oriented by Miriam Álvarez. The work incorporates two experiences of street theatre in the city of Bariloche that territorialised ceremonial aspects in the city and generated a critique of hegemonic identity models.

During the collaborative work with CARLA, Miriam Álvarez produced two scenes. Las hierbas (The Herbs) addresses present territorial conflicts and focuses on the relationship between the countryside and the city and the daily life of Mapuche care practices. This scene can be seen in the video included in the exhibition. The other, Como dos gotas de agua (Two Peas in a Pod), proposes an innovative crossing between a Mapuche's displacement experiences and an Afro woman.

The women exchange their experiences of forced movement generated by state agents and other actors. At the same time, the current focus on gender, thanks to the rise of the feminist movement since the beginning of the 21st century, allows racialised women's daily experiences to be put on the agenda. These women come together on the scene, breaking an official history that makes the Afro-Indigenous mix unthinkable in Argentina.

The scene deals with the current conflict that Mapuche people maintain with the Argentine state over their ancestral lands. It describes how, even after death, the Mapuche must continue fighting to return to a space that was once their own and is currently invaded.

The character of Don Martiniano condenses a series of similar stories of Mapuche leaders who fought under adverse conditions to reunite broken families and find a place to settle and live after the military occupation of the Indigenous territories in Patagonia in the late 19th century. Meanwhile, the female characters give an account of the Mapuche displacement to the city caused the marginalisation and stigmatisation of the families who survived the Army’s advance.

The play questions the racist foundations that justified the Mapuche people’s territorial dispossession. In poetic terms, the gestures, the scenic elements and the corporality represent the importance of pu lawen -Mapuche traditional medicine- in the reconnection of the displaced Mapuche with their territory and the re-establishment of a state of collective well-being. 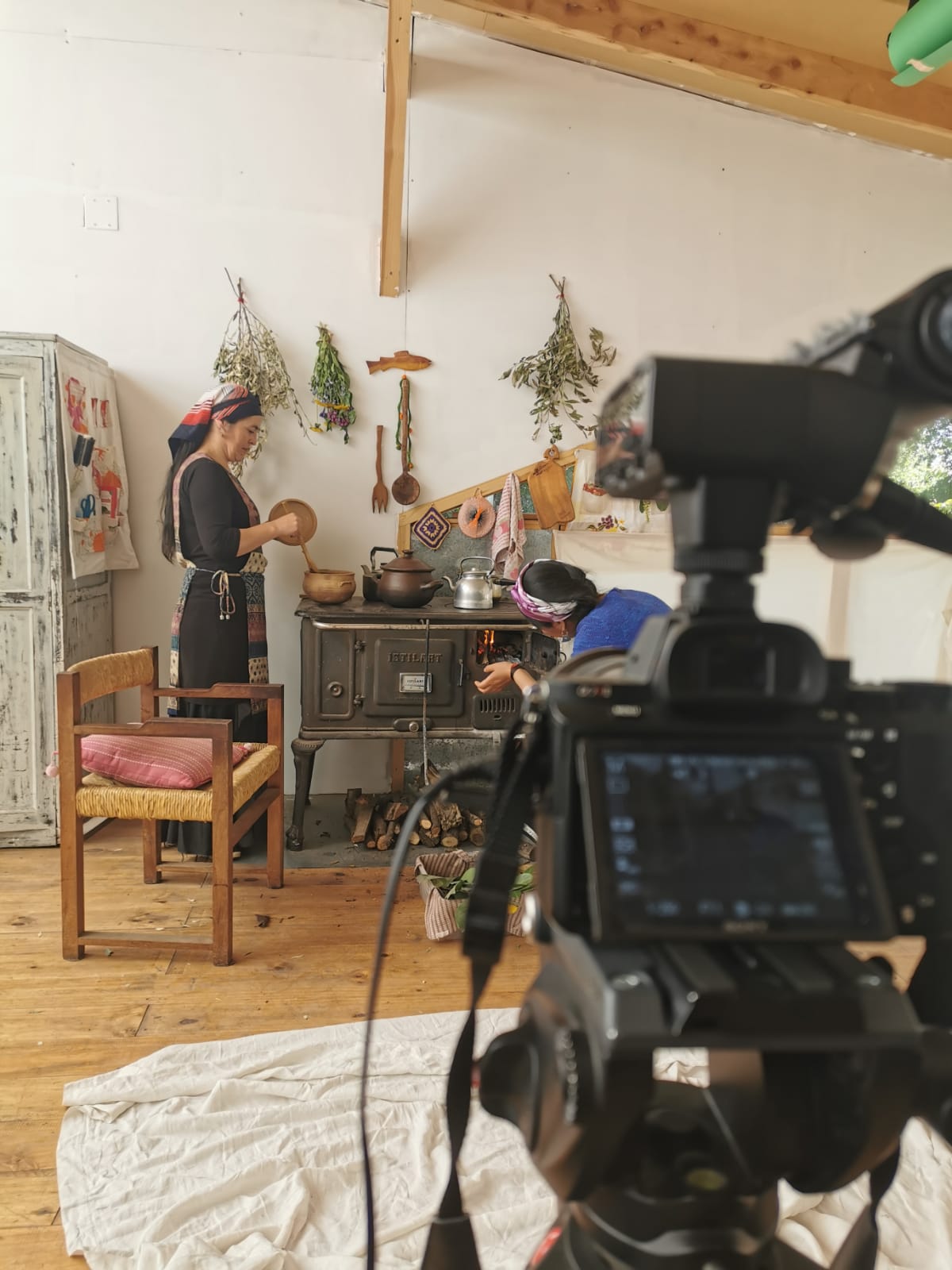 Miriam Álvarez and Lorena Cañuqueo during the shooting.