These scenes are part of a collaboration between "Teatro en Sepia" (a theatre company of Afro-descendants directed by Alejandra Egido since 2010), the Mapuche theatre group “El Katango” (directed since 2002 by Miriam Álvarez), and the CARLA project. This work is based on collaborative research. We analyse critical moments of the plays, exchange research methodologies and theatrical staging, and generate a critical discussion of academic concepts from a perspective enriched by the experiences of activism. The collaboration led to dramaturgical creation and performance and the generation of theoretical knowledge.

We promote methodologies of critical activism to enhance links between activism and academia. We also use Latin American collaborative ethnography traditions, where knowledge is dialogically constituted.  We also use transversality and translation practices. Transversality generates common forms without the homogenisation of experiences and identities. We put in common the shared disputes of the Afro and the Mapuche without reducing their heterogeneity. Translation has to do with sharing political strategies from one space to another, adapting practices to the context and the desires of each space. 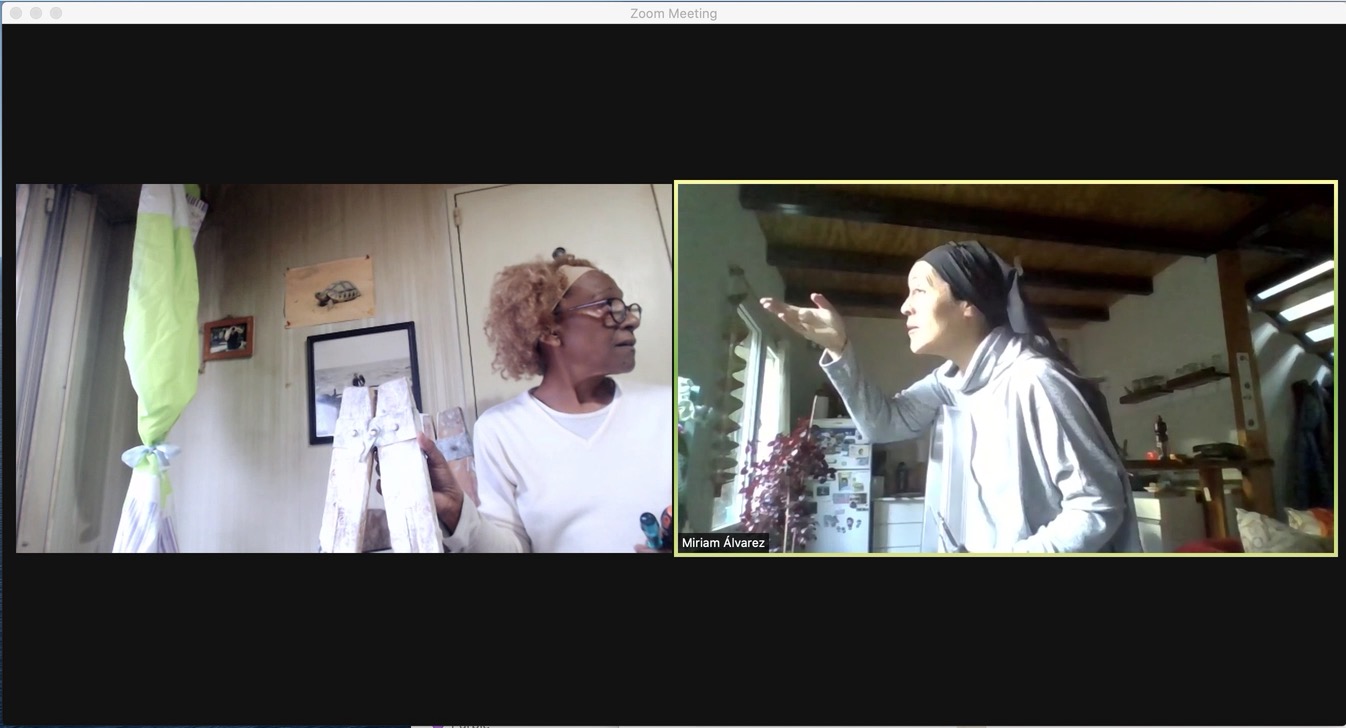 Alejandra Egido and Miriam Álvarez during a zoom rehearsal for the scene Fuego Amigo. 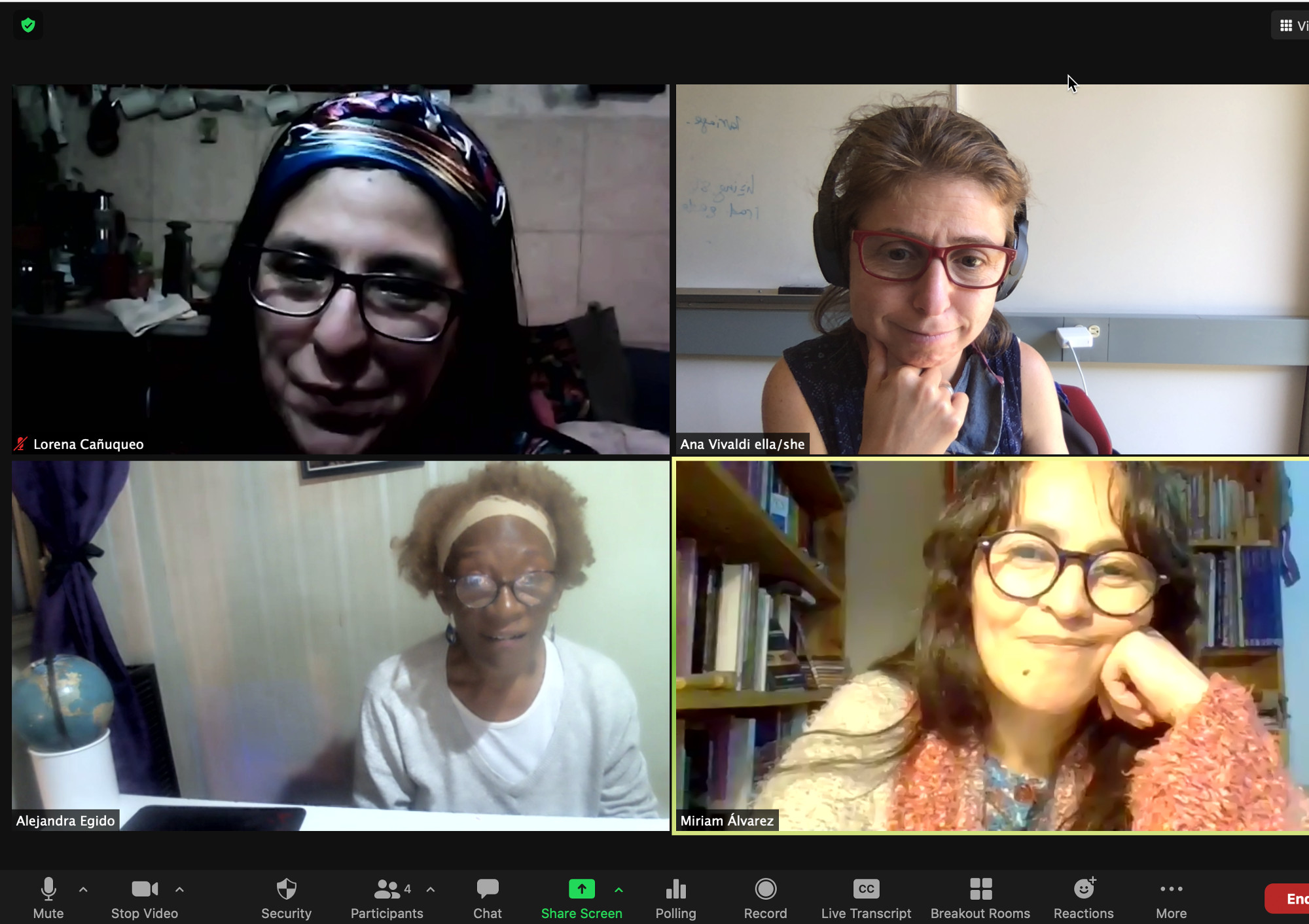 The discussion led to new research questions, which were worked on in articles for joint conferences. From an interdisciplinary and intersectional perspective, we address how racism is expressed in Argentina and what actions Mapuche and Afro-descendant populations and activists generate. The research also produced a novel form of dramaturgical creation for TES and El Katango: a work of exploration and dramatic writing that brought together Afro and Mapuche trajectories.

TES produced a dramatic text with a Mapuche character, and El Katango incorporated a scene in which an Afro woman and a Mapuche woman, both from Argentina, converse (the text of that scene can be downloaded from page 6). The playwrights added elements of collaborative research to address, through poetic procedures, how the nation's system of exclusion and inclusion impacts Afro and Mapuche experiences. Racial formation appears materialised in dramaturgy that addresses the forced displacements and corporalities of women who have been racialised by a nation-state that has historically silenced their presence. The created dramaturgy re-unites trajectories that the state sought to disconnect by annulling any possible alliance between Indigenous, Black and other non-white people.

The Mapuche theatre group “El Katango” emerged in 2002, in the Patagonian city of Bariloche, Argentina. The group's work is part of the "Mapuche Wefkvletuyiñ Campaign for Self-Affirmation -We Are Resurfacing–", a network that aimed to question indigenous stereotypes and make visible the urban presence of the Mapuche and raise awareness about their heterogeneous experiences in the present. Katango is the name of a traditional ox-pulled cart and signifies the Mapuche movement as a strategy for survival.

The Teatro en Sepia company (TES) was created in 2010 by the director and actress Alejandra Egido to challenge the historical and persistent indifference and oblivion towards the presence of the descendants of enslaved Africans in Argentina, as well as past and current Afro-descendant migrants.