The Countries within the Country

Provincial maps were a common type of cartographic source in the Tokugawa era.

By the 1600s, provinces were an outdated territorial organization. They had been the core of administration when Japan was founded as a centralized imperial state in the 700s. From the 1100s, the imperial family progressively lost power to the samurai elite, and the country was  divided into autonomous domains that only vaguely overlapped with provincial divisions.

As they re-unified Japan, the Tokugawa embraced provinces as symbols of political unity and stability, and revitalized their territorial and cultural importance.

Even if the local domains of daimyō didn’t exactly correspond to provinces, they were often used as units for official territorial surveys. Commercial cartography noticed this, and beautiful and colourful provincial maps and atlases were published in great numbers throughout the period.

Provinces were called kuni, a synonym for ‘country'.

Each of them had its own peculiar character, and in the Tokugawa era, they came to be associated to famous speciality products (meibutsu) and travel destinations. In some maps, provinces were grouped to form larger regional unities, indicating tight intra-regional networks and shared cultural traits. 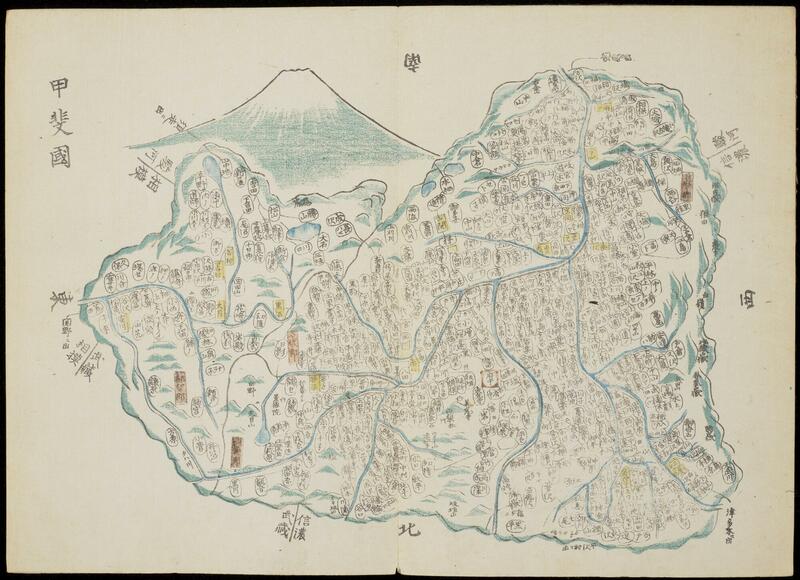 This atlas of Japan highlights the role of provinces as territorial units. It represents provinces individually in detailed maps showing districts, castle cities, villages, roads and other major topographical features. The atlas opens with a map of Japan, where pictorial icons for Mount Fuji and the city of Edo work as symbols of the cultural and political unity of the country. Atlases of this kind became common in the 1800s, in the wake of the territorial survey of Japan conducted by Inō Tadataka (1745-1818). 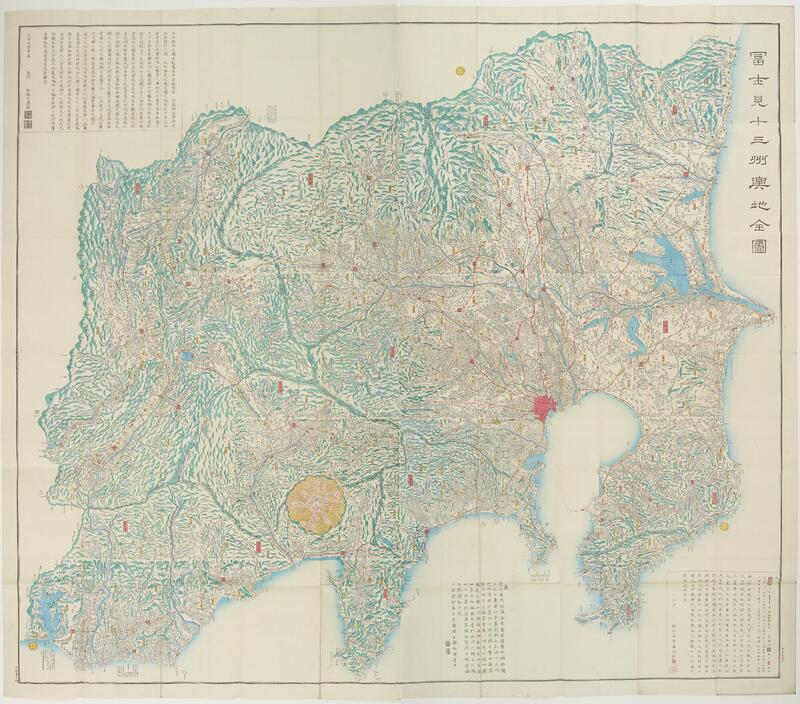 Map of the thirteen provinces from which Mount Fuji is visible

This regional map shows an area covering the majority of the Kantō region, in the north-east of Japan. Structured as a collection of provincial maps it is meant as a guide for travellers in the area. It shows temples, shrines and other tourist spots or meisho (famous sites), and focuses on a central theme, Mount Fuji.

Fuji was long-revered as a religious site and by the 1800s had evolved into a cultural icon and was at the centre of a thriving pilgrimage and tourist industry. 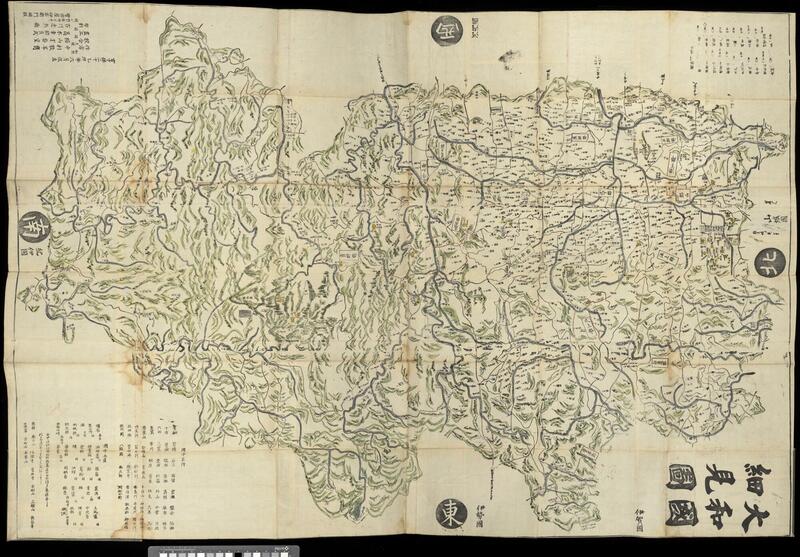 Detailed map of the Yamato province

Since the 1600s, the Tokugawa government routinely commissioned provincial maps, as instruments to facilitate territorial control. Those official maps inspired commercial maps, where the focus shifted from administration to tourism. This commercial map represents the province of Yamato, a famous tourist destination in the Tokugawa period. Highlights of the area were the old capital of Nara and its temples and shrines, which are purposefully enlarged on the map. The map caters to the interests of travellers, featuring a list of famous sites, and one of local specialties. 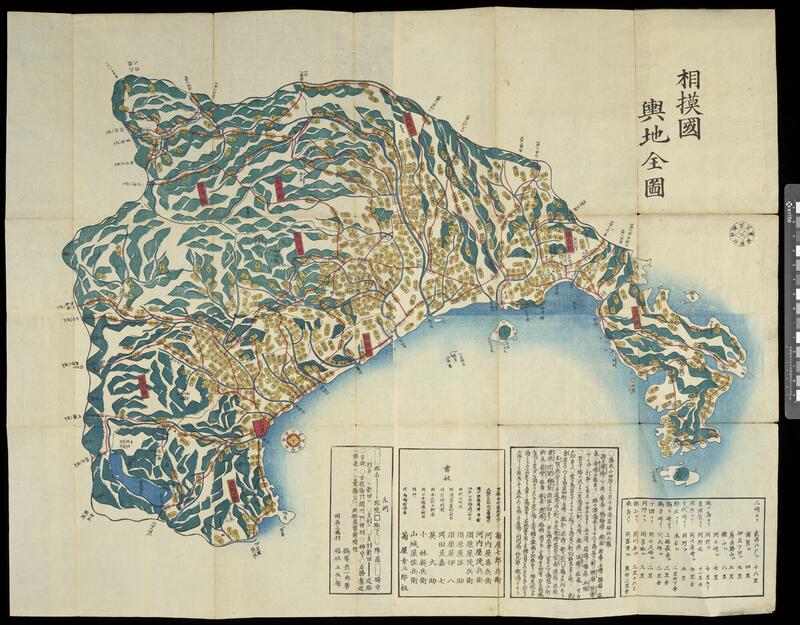 The province of Sagami was a renowned destination for recreational travellers, above all for residents of the Tokugawa capital, Edo. The area was different enough from Edo to be attractive, and close enough to be cheap and easy to travel to. It featured many well-loved coastal cities, such as Kanazawa, Kamakura and Enoshima, renowned for their rich history and religious and literary auras. This map was designed to be aesthetically appealing and reflect the charm of the area, but at the same time to be functional. It includes a list of distances to major travel destinations, and a legend, meant to make it as easy to read as possible.

The province of Shinano featured some famous pilgrimage sites, such as the temple known as Zenkōji, and was also a renowned area of natural beauty. This commercial map of the province highlights this, using pictorial elements and colour to put emphasis on topographical features such as mountains, lakes, and rivers. Its plates list the names of the districts in the province, major temples and shrines, other famous sites and local products. They also report the names of government officials, often, in itself, an object of curiosity for the public.