Japan and the Outside World

The ban on foreign travel and the restrictions for foreigners entering Japan were not lifted until the late Tokugawa period.

People in Japan had ways to learn about the outside world. Maps including foreign countries and hinting at faraway travel destinations were produced as early as the late 1600s, reflecting a public curiosity towards what what lay beyond the sea. They became even more common by the early 1800s, as Japan was growingly pressured by foreign powers to re-open its borders.

Cartography was also a way for the public to learn about foreign sciences.

Members of the Dutch East India Company, the only Europeans allowed in the country, imported an array of surveying and cartographic techniques to Japan. This knowledge was at first only shared among members of the Tokugawa government, and their direct employees. In the early 1700s, laws on the translation and circulation of Dutch sources became more relaxed, and many educated commoners became interested in Rangaku (Dutch studies).

A new and complete map of the world

This world map, made in the mid-1800s, was inspired by a French chart, and shows the growing influence of European cartography on Japanese map makers. It also reflects an interest in power relations between nation-states at a time when Japan was about to end its isolation and enter the global stage.

Borders are highlighted, and non-independent states are marked with symbols representing the states controlling them.

Outline map of our country [Japan]

The creator of this map of Japan, Ishikawa Tomonobu (active c. 1680-1720), was an artist who mainly worked for a public of literate commoners. As a map maker, he was unconcerned with topographical accuracy: his focus was on information that his public would find curious and interesting.

In this map, he included a list of foreign countries, with distances and sea routes leading to them, and represented some of those countries at Japan’s borders. 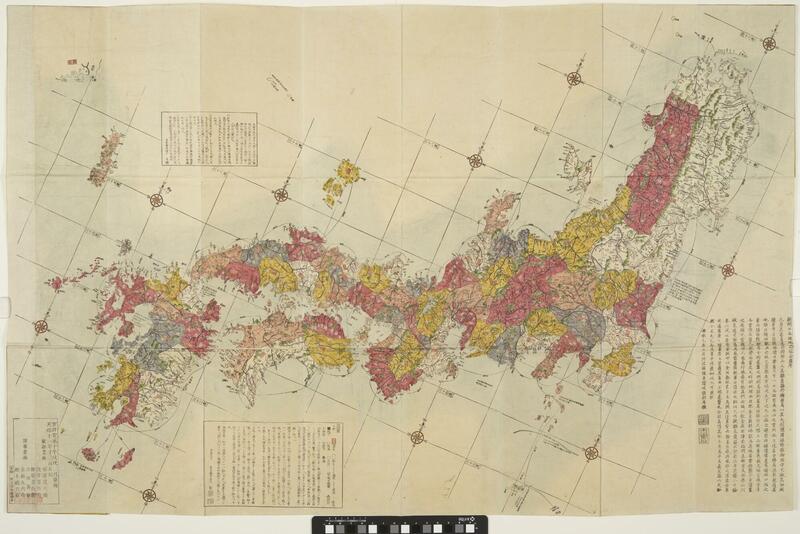 This map of Japan was the work of Nagakubo Sekisui (1717-1801), a scholar interested in Rangaku (Dutch studies). Not based on a territorial survey, the map combined existing sources to be as spatially accurate as possible. It was inspired by European standards of cartography, and reflected Nagakubo’s scholarly background.

At the time of its first edition, it was the first printed map of Japan to use a fixed scale and a grid of latitude and longitude, putting the country in context with the wider world. 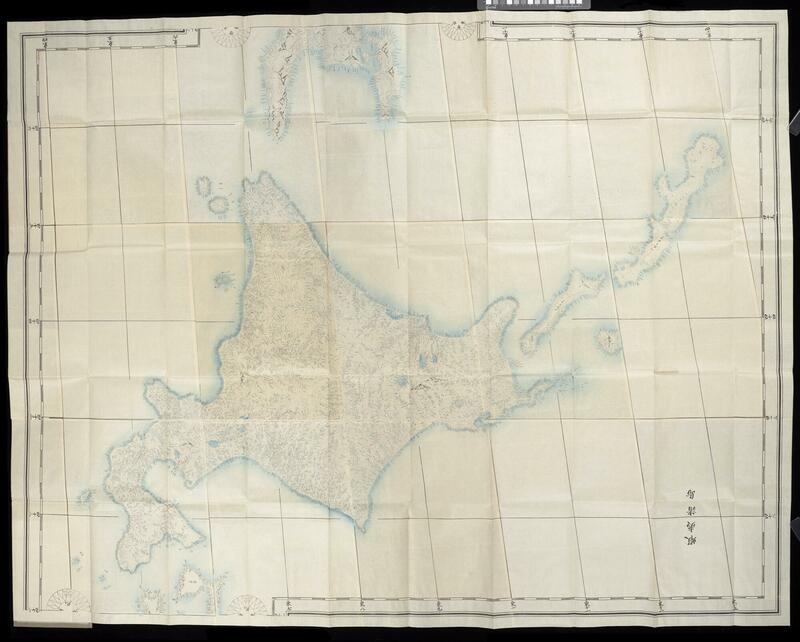 This large-scale map of Japan, in four sheets, was published by the Kanseijo, a school of foreign studies set up by the Tokugawa government. It was based on an extensive territorial survey, conducted at the beginning of the 1800s by the cartographer Inō Tadataka (1745-1818).

Born a commoner, Inō developed an interest in European cartographic techniques. He was so well-read and versed in mathematics and astronomy that he was noticed by members of the military government and came into their service. He accomplished one of the greatest surveying endeavours in Japanese history. 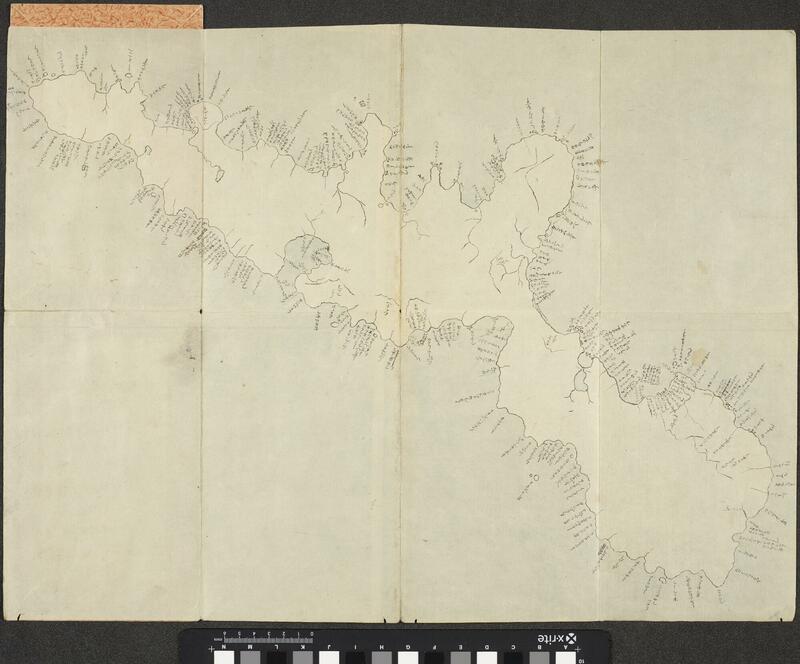 This manuscript map reflects early 1800s Japanese concerns about growing Russian presence in and influence over the islands to the north of Japan.In response to this concern, the Tokugawa government colonized the island of Ezo, and forcibly assimilated the local Ainu population.

Ezo is now part of the Japanese state as the province of Hokkaidō, but sovereignty over other Ainu-inhabited areas is still disputed. This is the case of the island shown on this map, Etorofu, part of the Kuril archipelago.