Bridges to the Outside World

Some port cities within Japan were selected, at different stages of the Tokugawa era, as outward-looking harbours.

Foreigners, allowed in from a restricted number of countries, usually resided within bounded quarters, and conducted their business under the strict supervision of the Tokugawa or of other local authorities.

Occasionally, trips to Edo were arranged for foreigners in escorted diplomatic missions. Members of the Dutch East India Company, for example, regularly sent missions from Nagasaki to Edo. Korean diplomats also occasionally travelled to the Tokugawa capital through Tsushima.

The ports functioned, in this sense, as bridges to the outside world –

a world that expanded rapidly at the end of the Tokugawa era, as Japan was pushed to establish commercial and diplomatic relations with a growing number of foreign powers. 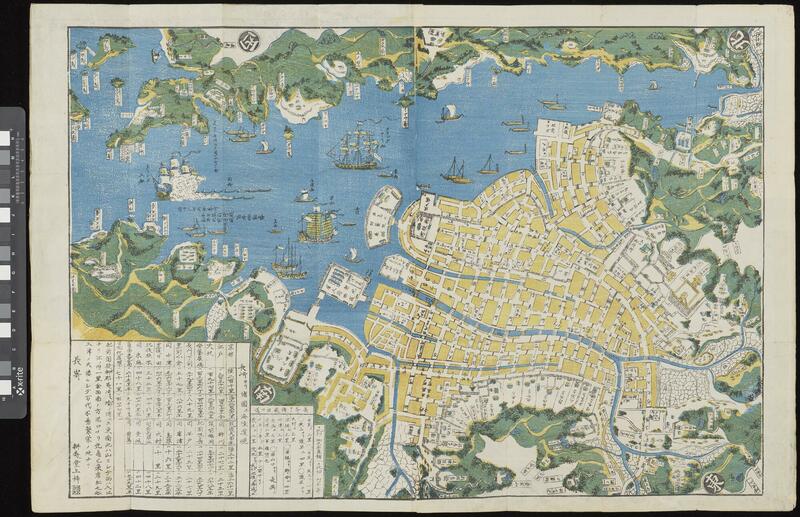 Map of Nagasaki in Hizen

Nagasaki was one of the most commonly represented port cities of Japan in the Tokugawa period. The city was the one of the very few ‘international hubs’ and gateways to the external world. It hosted two foreign communities, Chinese and a group linked to the Dutch East India Company, both in secluded areas of the city.

It worked as a point of entry for goods from both China and Europe. This colourful map marks the presence of foreign communities highlighting the vitality of Nagasaki’s harbour, pictorially representing ships, and listing routes and distances to localities inside and outside of Japan. 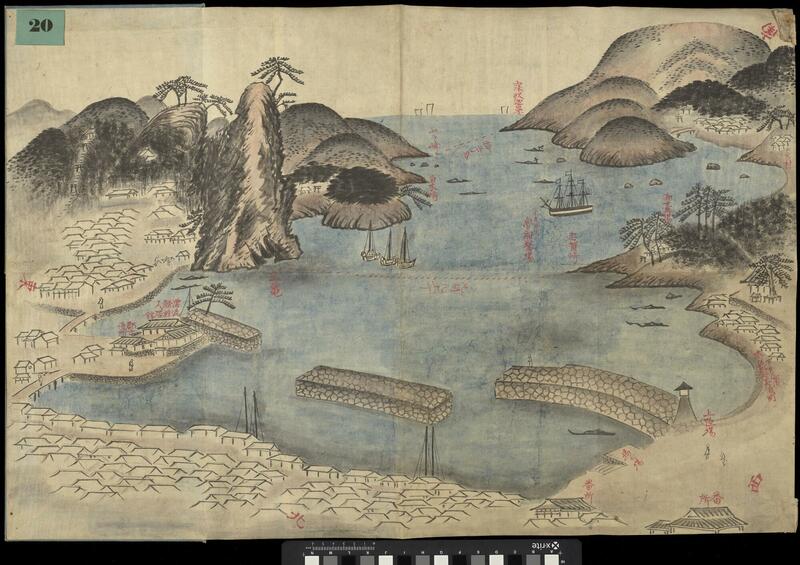 Tsushima island was another outward-looking area of Japan in the Tokugawa period. The Sō family, the local lords of the Tsushima domain, played a leading role in managing Japan's diplomatic relations with Korea. This heavily pictorial manuscript map of Tsushima highlights this role, focusing on the harbour and assigning a central position to incoming ships.

Complete picture of the open port of Yokohama

In the 1850s, the Tokugawa government was forced by foreign pressure to negotiate trade agreements with the United States and with several European countries. A number of cities were selected as ‘open ports’ where foreigners, including diplomatic representatives, were allowed to reside and commerce. Yokohama was one of them.

This pictorial map, showing Yokohama as seen from Koyasu village, shows the harbour after its opening to foreign trade, with a highlight on foreign ships and consulates.