Meisho, or ‘famous places’, were the sort of landmarks people wouldn’t want to miss when travelling to any area of Japan.

These famous places were commonly marked and listed on maps of larger areas, sometimes the focus of heavily pictorial maps. By the end of the Tokugawa era, they also became the subject of landscape prints, and of specific illustrated guidebooks called meisho zue. 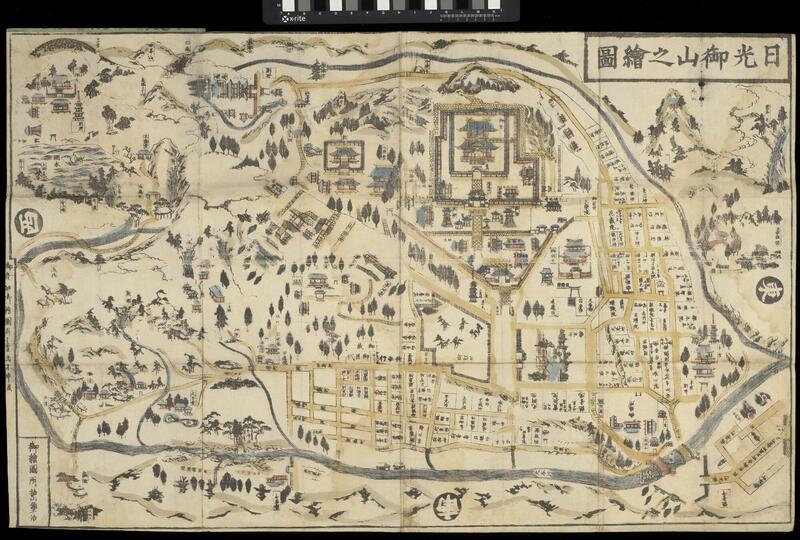 Map of the mountains of Nikkō

This map represents the Nikkō mountain area. This was a popular sacred site, associated both with mountain reverence in the native religion of Shintō and with Buddhism. Nikkō was also the site where the patriarch of the Tokugawa family, Tokugawa Ieyasu (1543-161), was buried. His grave became a popular pilgrimage site.

The map puts emphasis on all the main attractions of the area including natural elements of the landscape, such as mountains, rivers, lakes, waterfalls and forests. Also included are sacred locations, particularly the shrine associated with Ieyasu’s burial site, Toshogu, which is enlarged and given a central position. 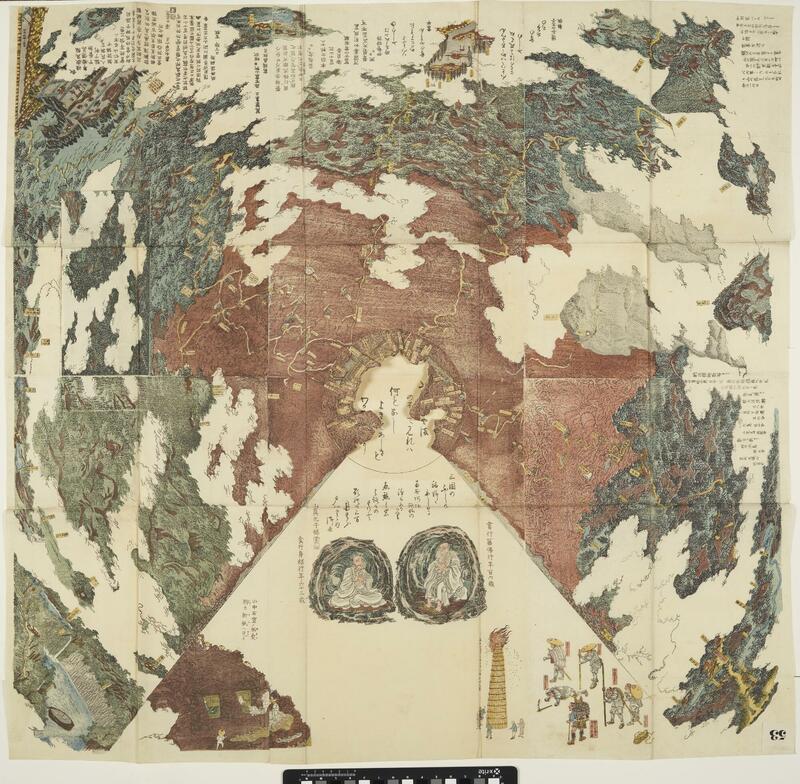 Complete map of the true shape of Mount Fuji

Hashimoto Sadahide (1807-1873), the artist who produced this heavily pictorial map of Mount Fuji/ Hewas known as the ‘flying painter’ for his love of aerial views. The priests of Fujiyoshida Sengen Shrine, on the Northern side of Fuji, commissioned him to make the map. It was meant to be used to attract visitors to the mountain, and as a souvenir of their visit.

The map puts emphasis on the experience of pilgrimage, representing shrines and other main sites of attraction on the slopes and the different routes leading to the summit with pilgrims on their way. It also includes pilgrims’ lodgings and a large torch that was lit in the occasion of an annual fire festival organized by the Fujiyoshida Sengen Shrine. Kakugyō Tōbutsu and Jikigyō Miroku, two religious figures associated with the Fuji cult, are depicted within the crater. The triangular section representing the crater can be folded and the map assembled into a portable three-dimensional reproduction of the Mountain.

This item is made oftwo different prints. On the left is a set of eight views of Ōmi province. ‘Eight views’ were a very popular theme in Japanese art, inspired by Chinese art. This form of educated, literary readings of the landscape were specifically used for so-called utamakura (places made famous by poetry) associated to a particular season and natural motif.

The print on the right illustrates a local legend of Ōmi, featured in popular literature: the story of Fujiwara no Hidesato, a hero who killed a giant centipede at the request of the dragon-serpent Ryūgū-jō (who ruled over Ōmi). As a reward, he was entertained at the dragon’s palace and received an inexhaustible bag of rice, which gained him the nickname Tawara Tōda (Lord Bag of Rice).