Go through the Glass Doors

The La Cárcova Museum of Comparative Sculpture is where these scenes take place. Ernesto de la Cárcova founded the museum in 1928 to train Argentine artists in the tradition of Western canonical art. The museum's collection comprises copies of classical sculptures – the so-called "universal" art. These are plaster copies of the original sculptures. Between the mid-19th and 20th centuries, plaster copies was an established practice in European museums. The copies were marketed to disseminate the culture of the "civilised world". 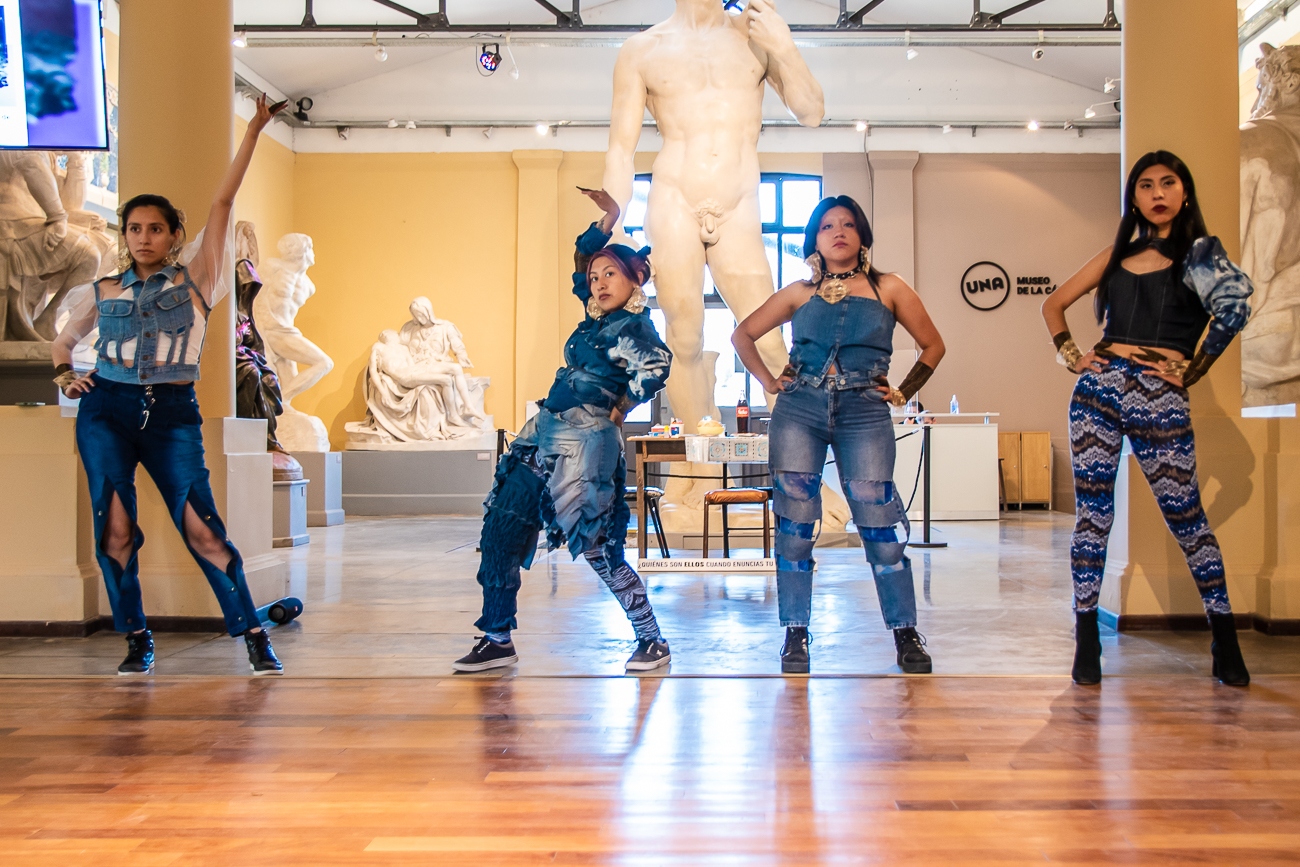 The La Cárcova Museum’s works carry an aura of the original work since it was in contact with that piece. The copy is plaster cast on the surface of the original sculpture in Europe. They are part of a particular form of fetishism: the veneration of European culture just for being European and the denial of colonialism and the art produced by the Indigenous people of the Americas. The Marrón bodies question the idea that the problems and solutions of the Global South can be “plaster copies” of the Global North. 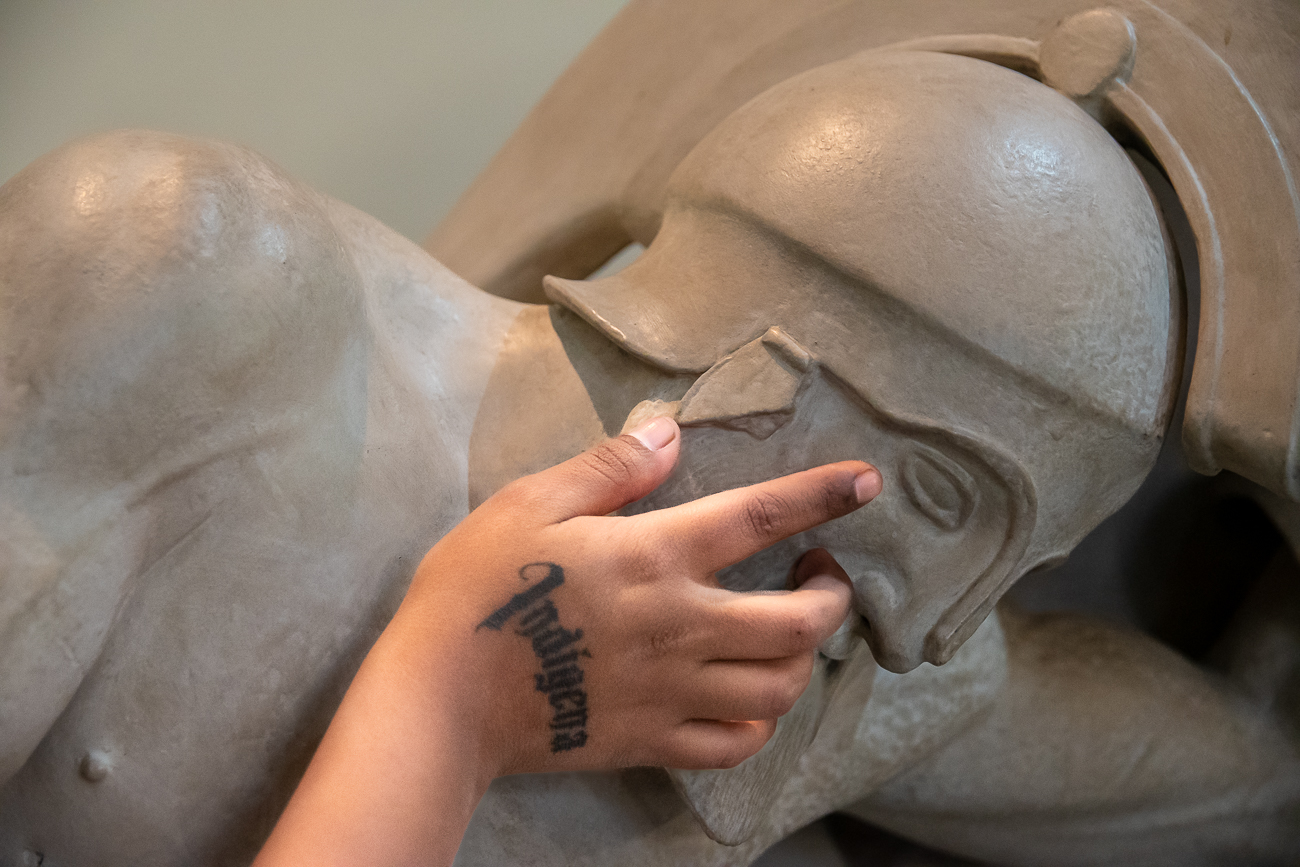 The entrance to the museum allows you to immediately admire works by Michelangelo, like David, which occupies the centre of the central room, Moses and Pietà. The main room features works from the Baroque and Renaissance periods, and the three secondary rooms display copies of Roman and Greek art.