“Eskina Qom” is a musical project by two brothers, Brian and Nahuel López. They use the vast repertoire of hip hop to visibilise the experience of Originary Peoples in the Daviaxaiqui neighbourhood, in the Derqui district of Greater Buenos Aires, Argentina. The Qom are one of the Indigenous nations that have been excluded from the founding narrative of the Argentine nation. Eskina Qom emerges with a clear position as members of that collective history. Still, at the same time, they challenge stereotypes about Indigenous people in their lyrics and audiovisual productions by narrating the plans, thoughts and desires of the Qom from the perspective of suburban Qom youth.

Brian and Nahuel López have played on the hip hop circuit in Buenos Aires for more than seven years. In 2016, together with the “Amambay 100000” project, the group released their first album, Rap Originario, produced by Corco Bravo. It included eight original songs and is available for free on their Soundcloud platform.

These videos were shot on October 17 in the old patio of the Manzana de las Luces Museum during a music and performance festival, part of a series of activities organised by Identidad Marrón. The festival was titled “¿Podrán eliminarnos? Ni en 500 años” (Can they eliminate us? Not in 500 years). 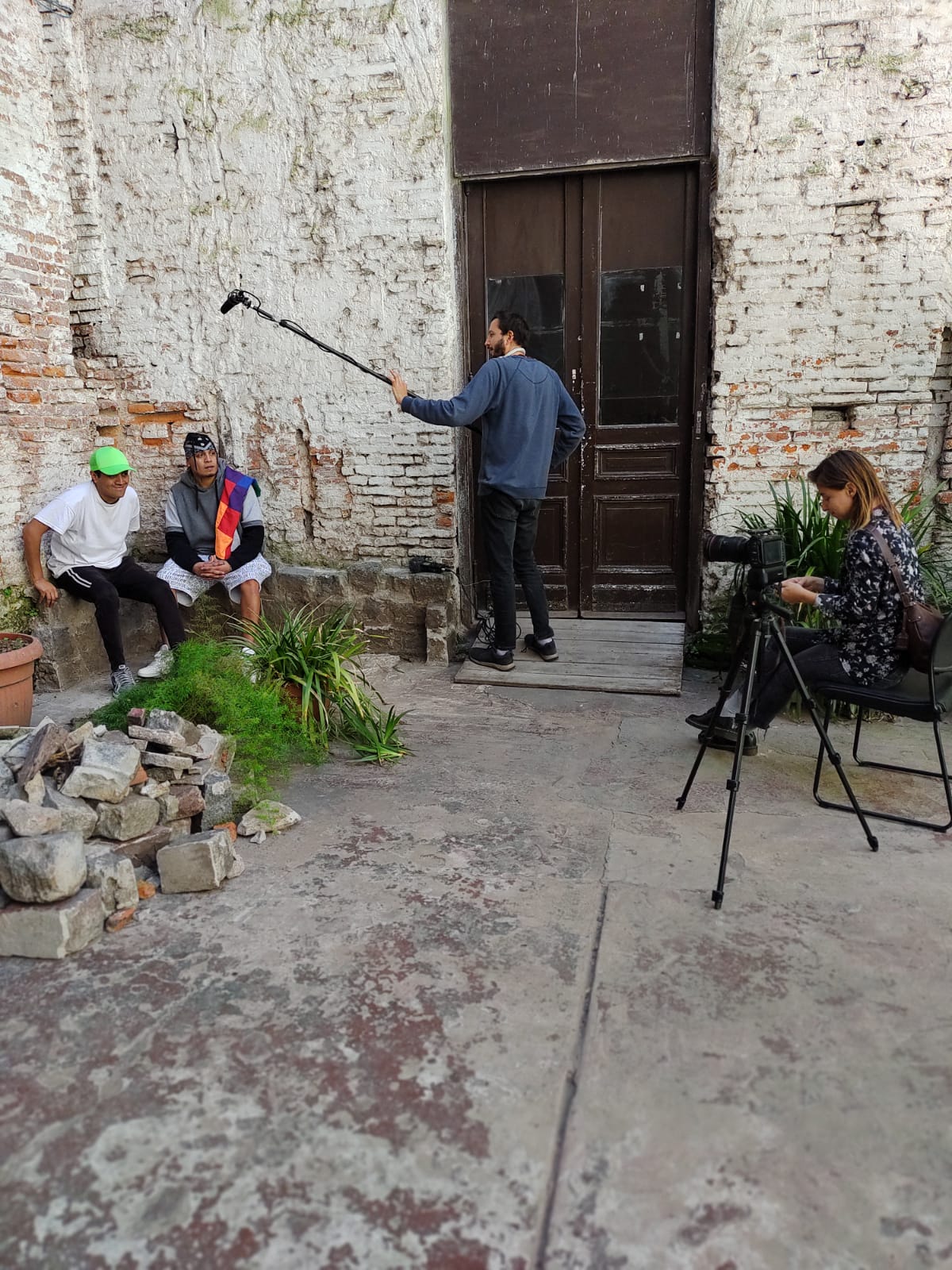 Image of Brian and Nahuel Lopez during the shooting of the interview section with Ana Vivaldi and Felipe Ruggeles in sound.

In the video, Eskina Qom talk about their trajectory, their place within the Argentine rap and hip-hop scene, and how their experience as Indigenous people in the city informs their artistic production. Three videos can be seen on this page: 1—a preview trailer of the material, 2. A video clip of one of the songs live. 3. The complete interview and record of the day. 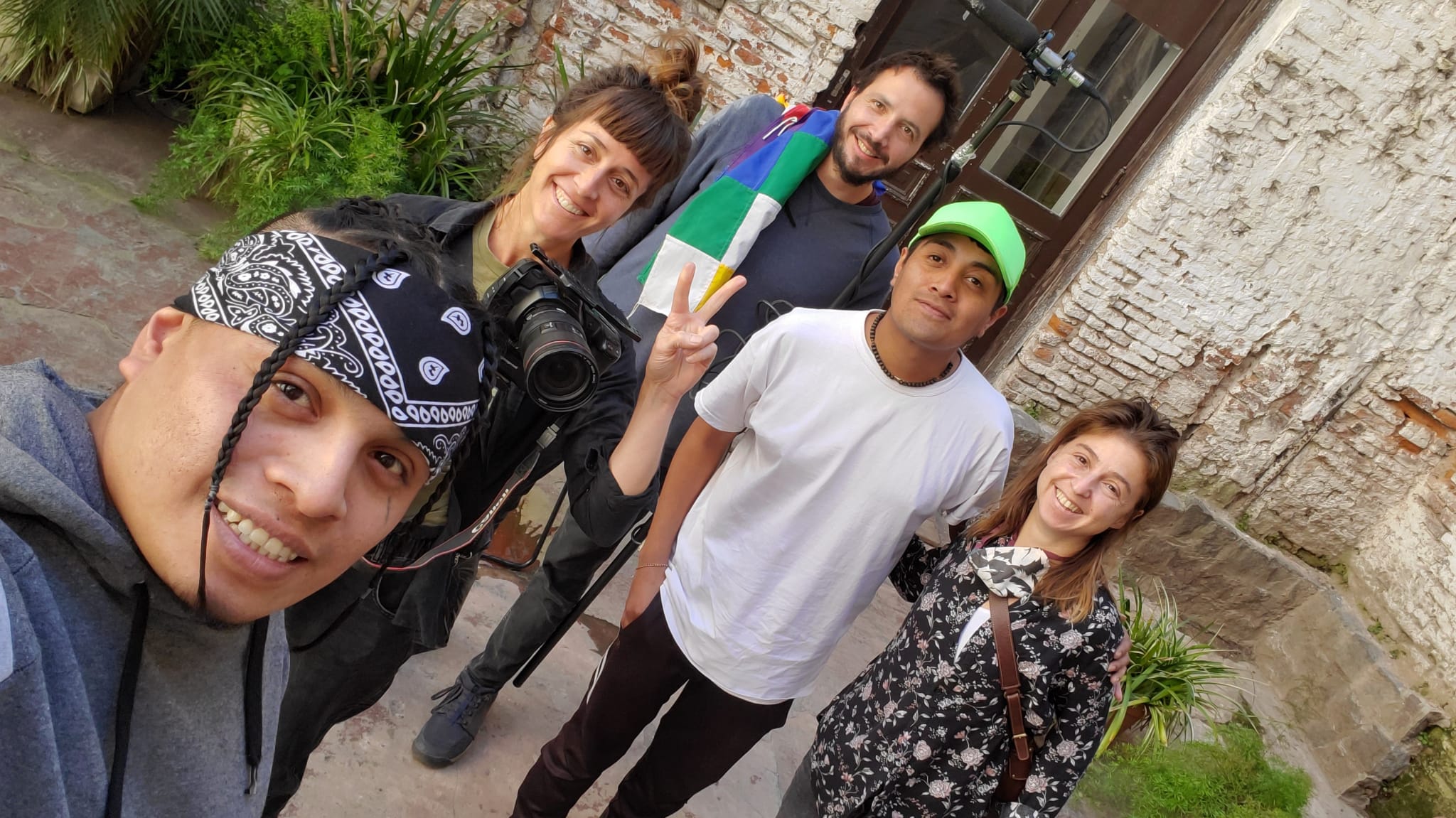 "We are the Indians who grew up in the city," say Nahuel and Brian, who began writing their songs because they did not feel represented by traditional urban rap. They are children of the Qom people and vindicate their ancestors. They are creators of a genre they called "Originary Rap": with their lyrics, they talk about their and their relatives’ life stories and denounce the spatial segregation experienced by thousands of Originary People who arrive in the big cities in search of job opportunities 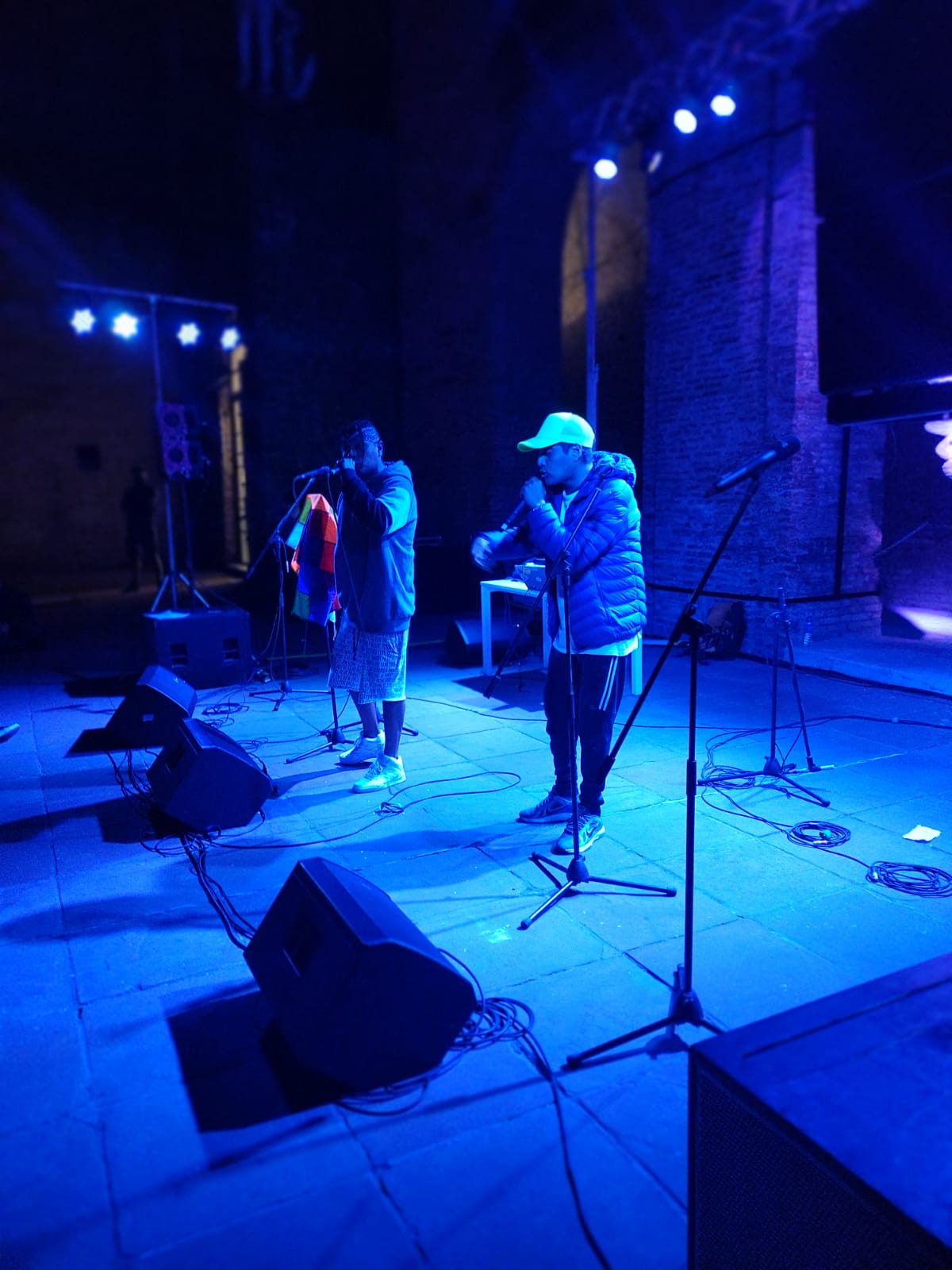 In this audio, the members of the hip hop group, Eskina Qom, talk about their music and experiences, answering questions asked by Ana Vivaldi and Lorena Cañuqueo, two researchers from the CARLA project.